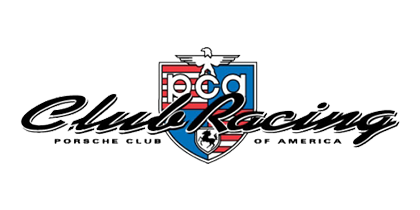 Life is one big race …

Porsche Club of America (PCA) Club Racing had its inaugural season in 1992 with four races. Currently there are 29 races on the schedule and over 2,000 PCA Club Race licensed racers. PCA Club Racing was established around several guiding principles. First, there should be a class for any and all Porsches, including both street and modified cars. Second, the racing is to be fun, safe, and clean. This principle is embodied in the strict enforcement of the “13/13 Rule”, which provides for immediate sanctions against any driver at fault in any incident involving car damage. Third, the organization and operation of Club Races is to be uniform, so that any racer may attend any PCA Club Race and know exactly what to expect.

It is the combination of national rules, national licensing, the national committee, and the enthusiastic and dedicated host Region personnel that has allowed PCA Club Racing to build a strong racing program while rigorously adhering to these principles. Further, it is the belief of the PCA Executive Council and all those involved with Club Racing that continued adherence to these principles is the basis for continuing success in the future.